SUPERIOR IS THE STAR By Usman Rangeela | Mirror

SUPERIOR IS THE STAR
Star Superior wins the mother of all battles against Sir Cecil to clinch Indian Derby crown
By Usman Rangeela | Mirror
Not many people were willing to take Cyrus Poonawalla seriously when he predicted that Star Superior had in him what it takes to win the Indian Derby, easily the best horse-racing contest in the country. 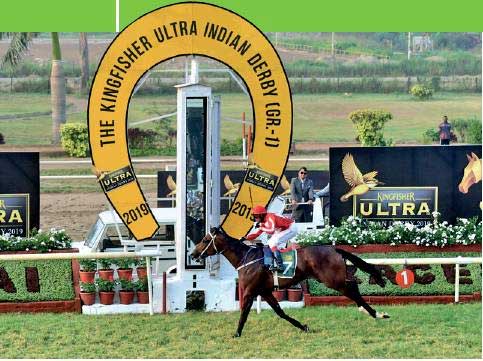 But Star Superior walked the talk for his part-owner, romping home in the fourteen-horse field that had lined up for the 2019 edition of the Kingfisher Ultra Indian Derby at the Mahalaxmi Racecourse on Sunday. In the process, Star Superior avenged the three agonising defeats he had suffered at the hands of Sir Cecil, who was unbeaten and had an enviable record of eight wins from as many starts.Suraj Narredu gave a peach of a ride to Star Superior, trained by his elder brother Rajesh, as he settled the flashy bay in the fifth position when the field sorted itself out for the mile and half race. No-hoper Valegro set the early pace and was followed by stable-mate Sacred Roman with David Allan keeping favourite Sir Cecil in close attendance of the Pesi Shroff trained duo in front.
The field was spread out and the first five horses raced in a single file when Valegro brought them into the home stretch. With two furlongs left to go for the wire, Valegro was fast losing steam and it was here that Allan asked Sir Cecil for an effort. But before the grey could respond and snatch the lead from Valegro, Star Superior literally took off as Suraj put him in top gear. The winner was sighted a long way from home when Star Superior started to devour ground and zoomed past both Valegro and Sir Cecil in a trice. Try hard as he did, Sir Cecil was going nowhere and lost the runner-up slot to Adjudicate, who came with a late flourish but had come across one better in Star Superior. Sacred Roman had the consolation of finishing fourth.
DREAM ACHIEVERS
Star Superior is coowned by Zavaray Poonawalla, Behroze Poonawalla, Adar Poonawalla, Rajesh Narredu and Sanjay Kumar Shinde. The victory of the Bangalore-based bay horse was full of achievements for his connections.
Suraj was expectedly very delighted to have recorded his second Derby triumph but Rajesh was over the moon after realising a dream nurtured by every Indian owner-trainer and so was the case with Shinde. 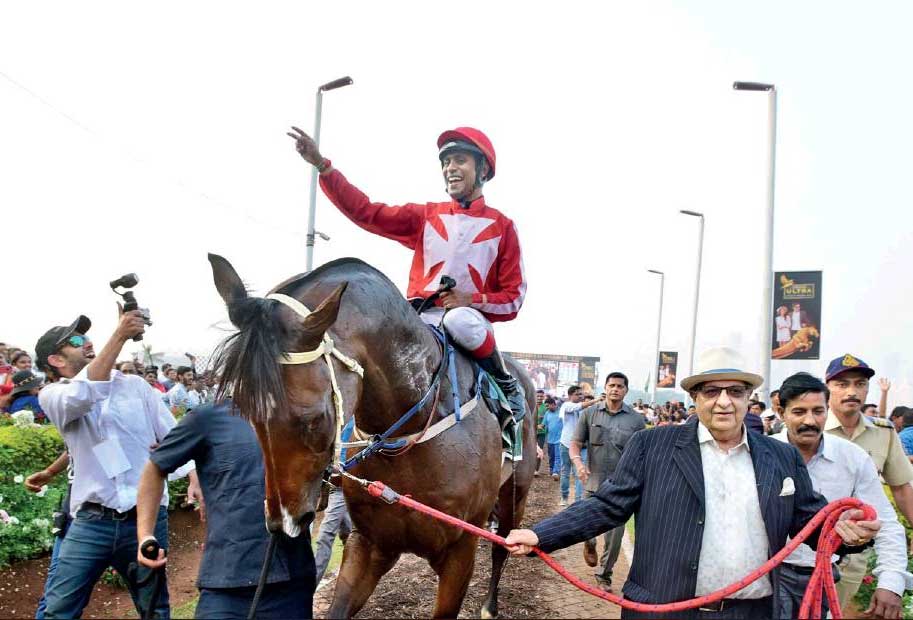 But the Poonawalla family had more than one reason to rejoice after Star Superior’s success. It had provided them an opportunity to lead an Indian Derby winner and through it ended the Poonawalla Stud Farms’ drought of producing Indian classic winners. The flag of Poonawalla Stud, as breeders, last flew high when the super filly In The Spotlight claimed the Indian Derby in 2012.
HANDSOME RETURNS
Interestingly, Star Superior was initially co-owned by Rajesh and Shinde. The two partners made a killing after the horse won the Shapoorji Pallonji Colts Championship in his third career start in March last year. The Poonawalla brothers approached the two original owners to buy half the shares in Star Superior, which was too good an offer to refuse. The Poonawallas paid a fancy sum for Star Superior’s half share, which eventually paid them handsome returns, probably much more than what they would have expected.
Zavaray was hospitalised when Star Superior passed the winning post but he wasted no time in arriving at the racecourse to share the winning glory with his family. Poonawalla, though elated with Star Superior’s victory was quite sporting when Sir Cecil’s owner Tegbir Brar congratulated him. Poonawalla Sr said, “I am happy that Star Superior won the big race for us but Sir Cecil is a great horse and it’s rather unfortunate that he wasn’t at his best on this occasion.”
As for Sir Cecil’s defeat, the gallant grey gave his best shot and was in contention till the last 300-metres of the Derby but his hopes were squashed the moment Star Superior caught him flat-footed with his blinding run.
Clearly, Sir Cecil was unable to overcome the problem he had with his fitness, which was evident when Allan dismounted the horse on his way back to the paddock. Adjudicate was not disgraced in her defeat while the others were simply outclassed by Star Superior’s brilliance, which earned the winning connections a rich purse of Rs 1.20 crore and a sparkling trophy.